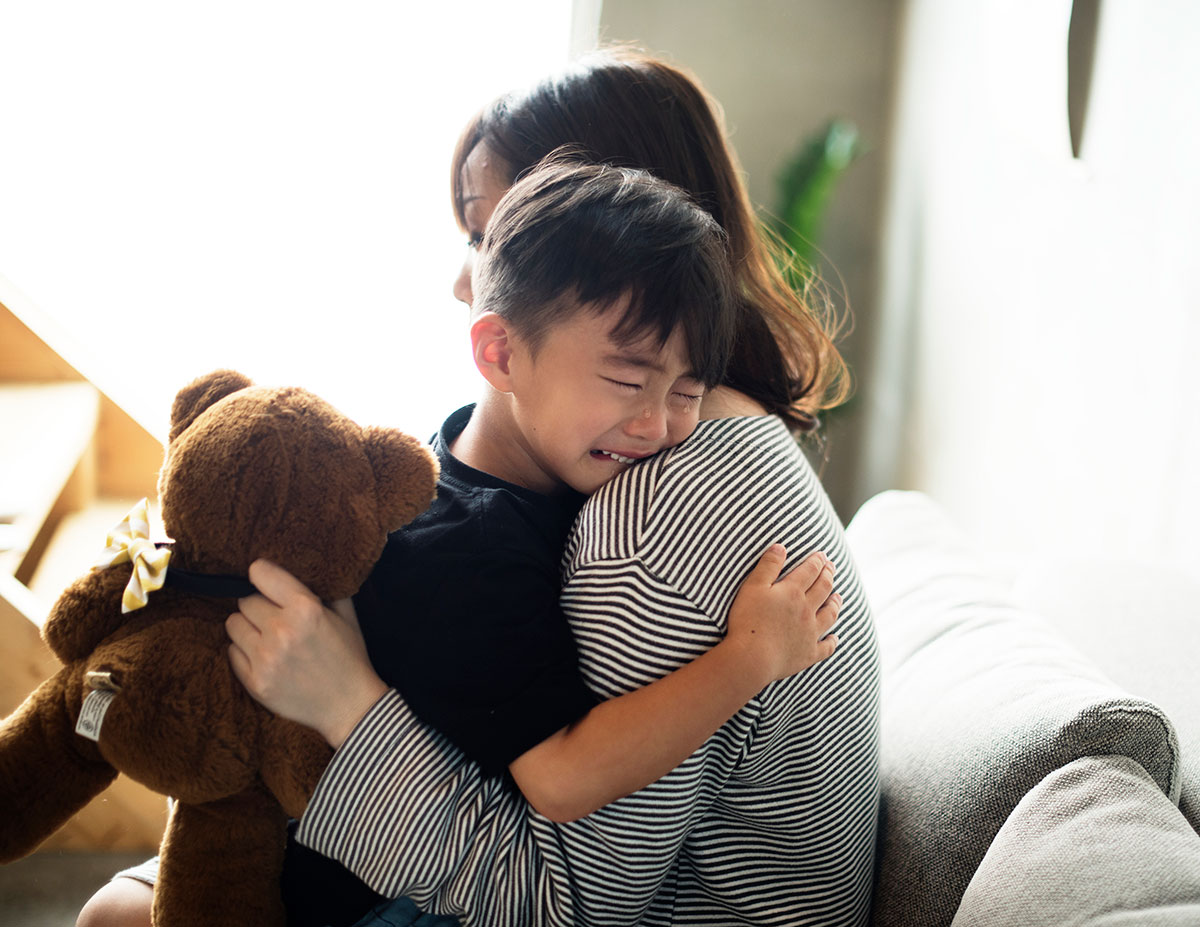 How parents can help children through traumatic events

Too often our world is shaken by traumatic events such as natural disasters (e.g., tornadoes, hurricanes, earthquakes, tsunamis, floods), war, school and community violence, acts of terrorism, accidents, housefires, life-threatening illness, separations, loss of a pet, kidnappings, and so on. Such events can leave all of us feeling helpless, and children may be particularly reactive to events that make them feel unsafe. Children who are directly exposed to such events can become traumatized, and the emotional impact of trauma can last a very long time if it goes unnoticed. Some children are exposed to trauma indirectly through sensationalized or repetitive newscasts or by hearing and seeing others‘ emotional reactions, and there’s evidence that children can be traumatized by this indirect contact with trauma as well. It’s important that parents have information about trauma, its impact on children, and how to help their children understand and cope with these events.

When something traumatic occurs, it’s important to give children an honest but simple explanation of what happened. They are bound to hear about it through television, schoolmates, or overheard adult conversations, so it’s best if their parents or primary caregivers play an active role in helping them understand the event. It’s also important to reassure children that you, their parents, will do everything you can to keep them safe. Some children blame themselves when bad things happen, so parents need to tell them firmly that it’s not their fault.

Caregivers should limit children’s exposure to newscasts about traumatic events. Broadcasts are geared toward adults, and children may not have the reasoning abilities or coping mechanisms to deal with repeated views of people crying, buildings on fire, and so on. Although children’s programs often portray violence, the emotional tone of the news conveys its “reality” and children and adolescents can become extremely frightened, whether or not they show it. You need not restrict their exposure entirely, but screen carefully what they do see!

Children who are roughly 3 to 12 years of age, given the opportunity, will often play out scenes from a traumatic event. Sometimes older children will, too. For example, following a car accident, parents might see their children playing out car crashes and rescues with their toys. When parents see this, they might worry that it’s damaging somehow for the child to play out the traumatic situation. Actually, it’s often just the opposite: it can help the child cope better. Just as we adults need to talk with others after experiencing something frightening, sad, or devastating, children need to play through their feelings and reactions to the trauma. It can be very beneficial if parents allow their children to play this way while showing acceptance of the child’s feelings. To stop such play can cut off the child’s primary means of coping. Of course, children should be distracted to some other activity if they are playing in ways that are actually dangerous to themselves or others, or if the child is becoming obviously upset by the play. If a child constantly plays out the traumatic event and seems unable to think about anything else, then limits should be set on the amount of time spent playing out the traumatic events. (If children’s play appears to be upsetting the child further or if they seem “obsessed” with their trauma play, parents should consider a consult with a mental health professional, as these behaviors might signal that the child is already traumatized. If children’s play appears robotic and the child seems “not there” while playing, a consult is warranted as well.)

It’s important to permit children to talk about their reactions to a traumatic event when they want to. Although such conversations can be difficult, especially if we’re experiencing our own reactions to the trauma, they do help all of us in the long run. One of the worst things we can do is say to our children, “Don’t play that way.” or “Don’t talk about it–it’s over–let’s get on with things.” Denial of the child’s reactions can lead to larger problems later. While it’s important to let children express themselves, including their feelings of anger, sadness, or helplessness, it’s also important to help them focus on the positive aspects of trauma situations.   In the wake of many disasters, there are many amazing, touching stories of selfless acts, heroic deeds, and the very best of human caring coming from the most horrible of conditions.  Although we see some of the worst of humanity after traumatic events, we also see vastly more of the very best.  It’s important for our children to hear about them because it adds to children‘s sense of security, connections to other people, and hope for the future.

The natural tendency of children to play out the things that are happening around them is their way of trying to understand. Because they are PLAYING, it feels safer to them, and this is very important. Too much TALKING about scary events can actually scare children more. Some talking is important to give children some basic information and to answer their questions, but it is through their play that children, especially those under 12, have a real opportunity to understand what is going on. Throughout the world, children in war zones are seen “playing war.” Children play doctor or medical scenes when they or someone in their family has been ill or hospitalized. Aid workers noticed that children directly affected by the Oklahoma City Bombing were playing with small plastic dogs sniffing around in piles of blocks, much as real dogs were used to find survivors in the actual rubble. After September 11, children throughout the world were reported to be playing scenes of planes hitting buildings, firefighters and rescue, buildings crashing down, and even funeral themes. A boy in the U.K. played scenes of police officers arresting “bad guys” after the terrorist bombing of the London Underground. A girl from New Orleans who had been moved to a shelter after Hurricane Katrina involved several other children in play where she was the “Mama Alligator” who was trying to save her babies (the other children) from the “Cane” (hurricane).

Long after a traumatic event has occurred, parents should remain alert to any signs of trauma in their children. When children are traumatized, the effects may occur much later than expected. Sometimes traumatized children look quite “normal” on the surface after the event, and then experience post-traumatic symptoms weeks, months, or even years later. It’s fine for parents to ask their children what they’re thinking and feeling about the event from time to time, and then really listen to what they say. On the other hand, it’s best not to “bombard” children with questions about how they’re feeling or to hold lengthy discussions with them, as this might actually raise the children’s anxiety levels. It’s good for parents to share their own feelings of fear, sadness, anger about an event because it helps children see that these reactions are normal and can provide good coping models. (A caution, though: be sure that you share your feelings simply and don’t elaborate to a point that could frighten the child further. Always reassure them that you’ll keep them safe.)

One of the most beneficial things for children after a traumatic event is for their day-to-day environment to return to “normal” as quickly as possible. Getting back to some sort of daily “routine” can help kids feel safer and keep the traumatic event from becoming the only focus of their lives. This can be challenging following some disasters, but working toward as normal an environment as possible under the circumstances can help. Parents can help children find a balance between playing/talking about the event and doing daily tasks and other types of activities.

When trauma has been caused by humans, as in terrorism, it is important for children and adults alike to remember that we gain strength from our human connections and that most people are good. Broad, angry statements about other ethnic groups can add to children’s sense of insecurity and promote prejudice and uninformed backlash effects. People throughout the world have struggled for a long time with our “differences,” and that struggle continues. Acts of terror are intended to divide us, and we can resist this and help our children feel much safer by teaching them that these bad deeds are the work of individuals (or small groups of individuals) and not of any broad ethnic, racial, religious, or other group.

Many children are quite resilient when dealing with traumatic events, but it’s good for parents to know what to look for when their child might be struggling. Here are some signs that your child might be experiencing post-traumatic problems:

Although these signs might be related to other things, if the signs persist, are intense, are different following the trauma, or if several occur for your child, it could be a sign of a traumatic reaction. If you or your children experience continuing distress that interferes with your day-to-day work, school, and family life, you might consider consulting with a therapist.  The sooner a post-traumatic reaction is determined and treated, the better the outcome is likely to be for the child (or adults, too). A qualified mental health professional can help the child and the parents.

Play therapy can be very effective with traumatized children. The play gives them some “distance” from which to explore and deal with their feelings. Even teens and adults can benefit from treatments which involve play and art or other expressive interventions. Words can fail us when we experience intensely frightening events, and other means of expressing ourselves become necessary. Sometimes family play interventions can be very helpful. If you have questions or concerns about your child, contact a local mental health professional. Make sure that he or she has experience with trauma, and having a background in play therapy can be a big plus.

Information on finding play therapists who specialize in children is listed on another page of these Parents’ Pages, and your local and state psychological, social work, mental health counseling, crisis, medical, or school counseling associations or professionals can make referrals to adult therapists. 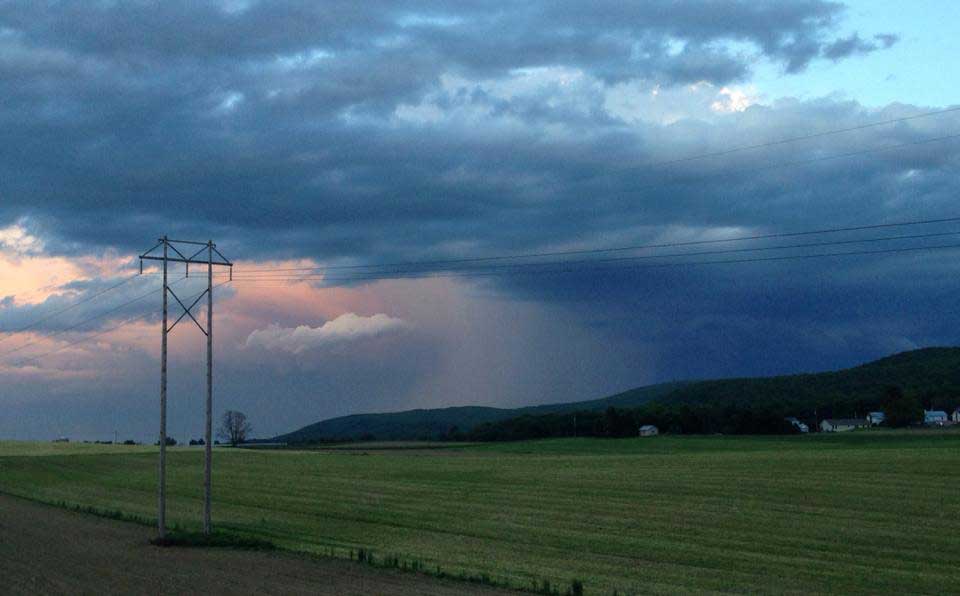 How Parents Can Help Children Through Traumatic Events – Expanded 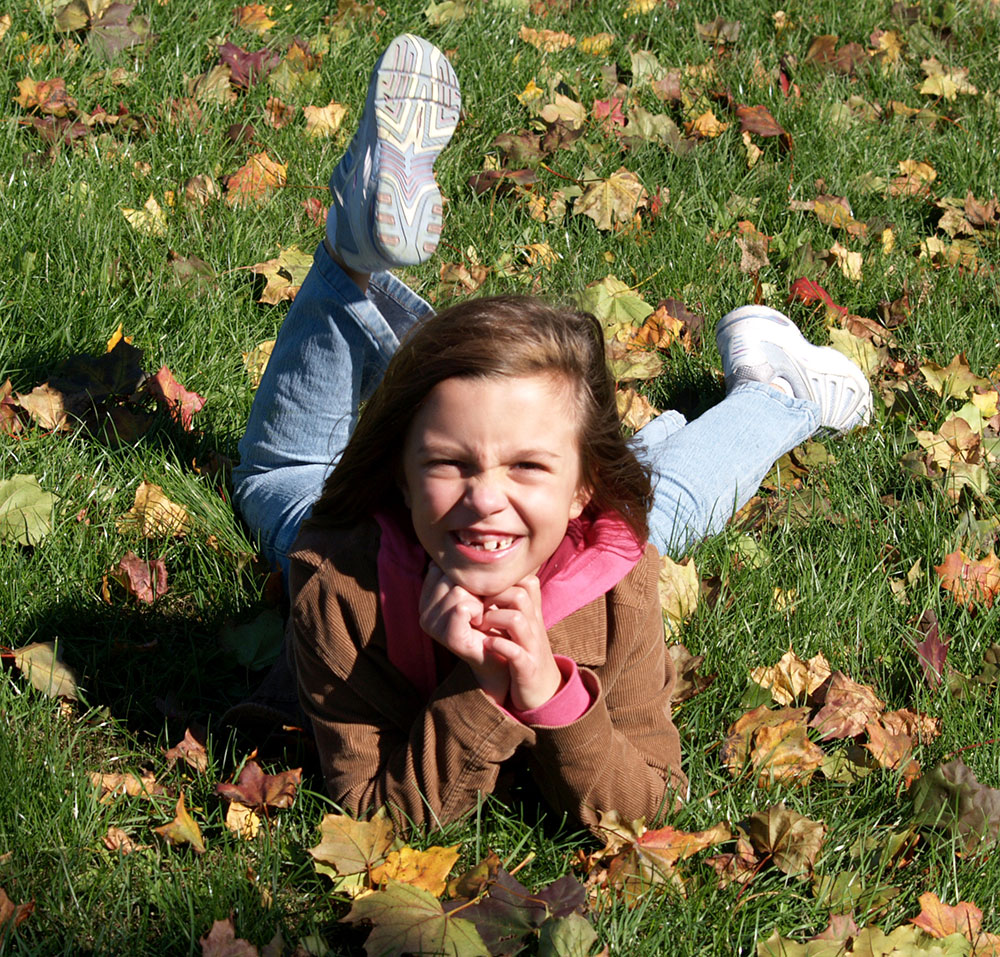 What is Play Therapy? 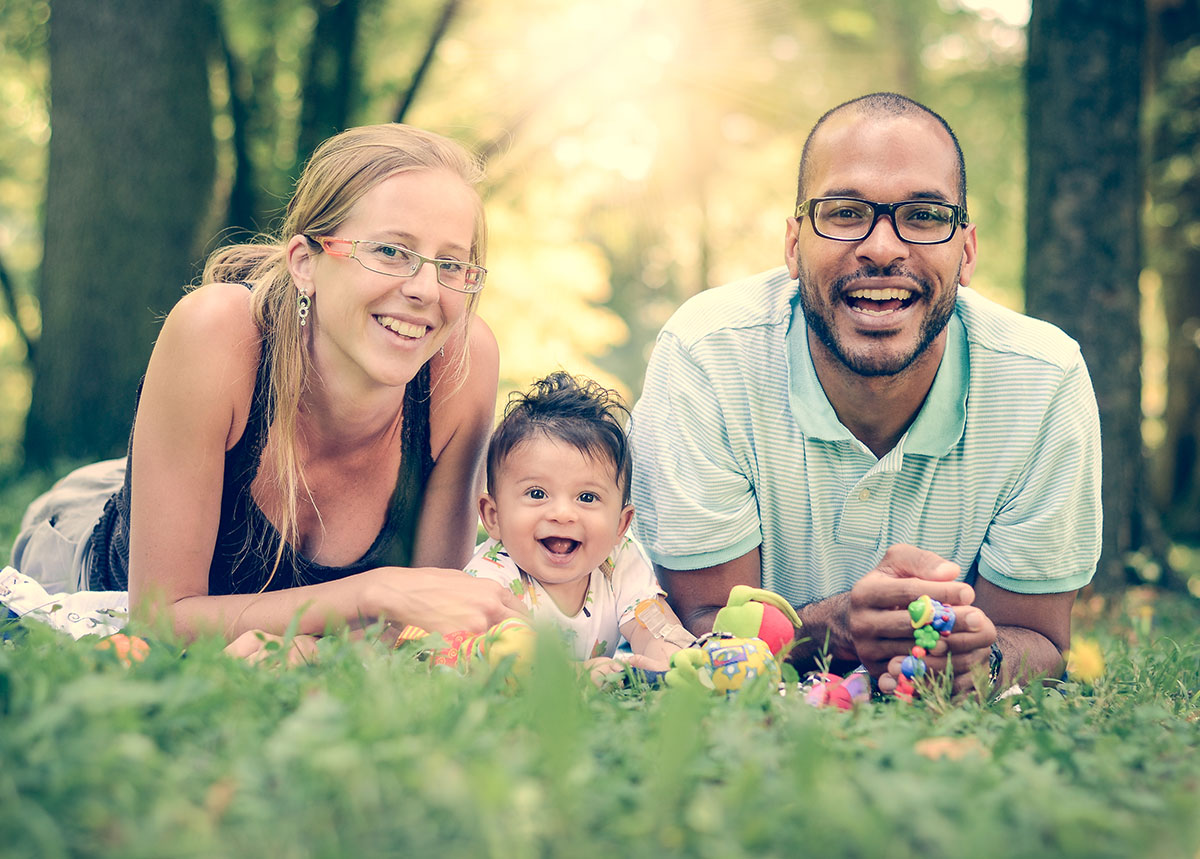 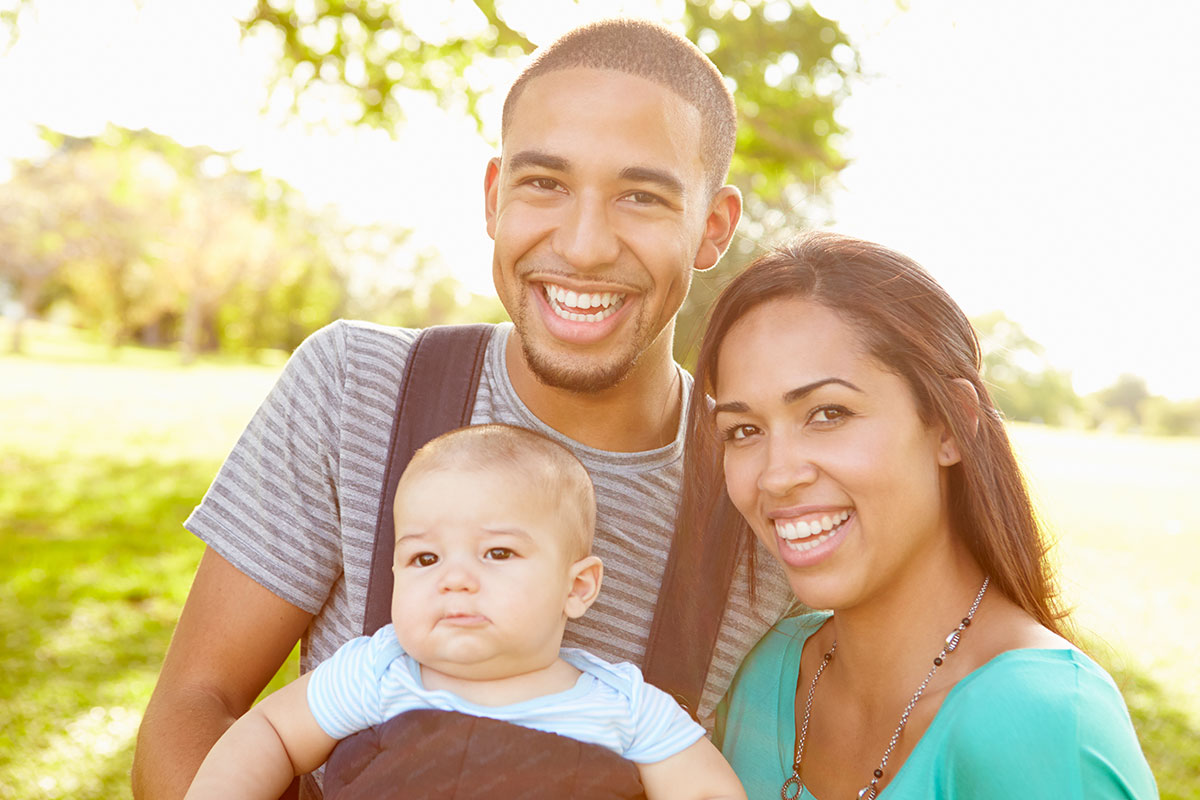 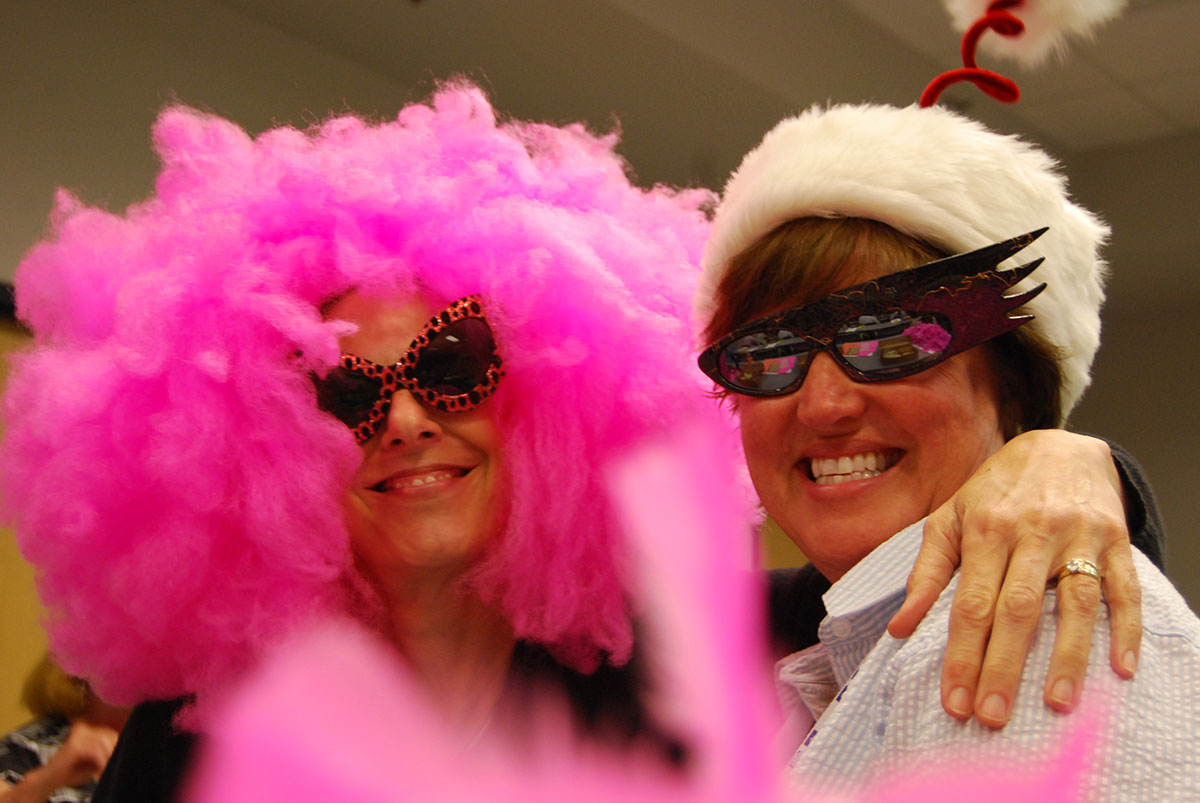 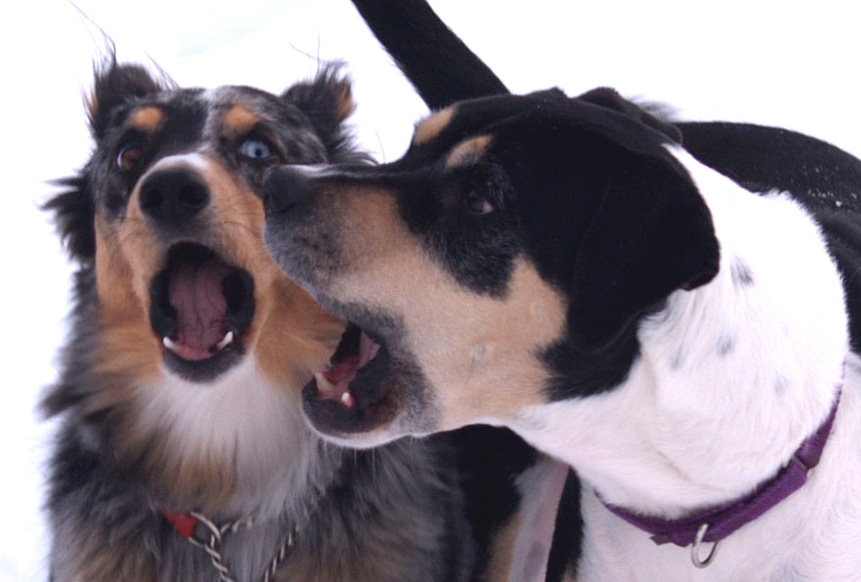